Acquisition provides opportunity to develop cladribine in generalized Myasthenia Gravis (gMG) and Neuromyelitis Optica Spectrum Disorder (NMOSD)
Cladribine selectively targets B and T cells, which are key contributors to autoimmune diseases such as NMOSD and gMG
Focused expansion in neuroinflammatory diseases builds on existing neurology portfolio in Multiple Sclerosis (MS)
Not intended for UK, Canada and US based media

DARMSTADT, Germany--(뉴스와이어) 2021년 12월 21일 -- Merck, a leading science and technology company, today announced a strategically focused expansion of its neurology pipeline with the acquisition of the rights to develop cladribine for the treatment of generalized myasthenia gravis (gMG) and neuromyelitis optica spectrum disorder (NMOSD). Merck entered into an agreement to secure the global rights by acquiring Chord Therapeutics, a Swiss-based biotech company focused on rare neuroinflammatory diseases.

“Cladribine has a unique mechanism of action which is relevant in antibody-mediated disease such as NMOSD and gMG. In exploratory studies, cladribine demonstrated promising results in these diseases. These data have prompted us to initiate further development with cladribine in gMG and NMOSD to potentially bring a new therapeutic option to patients and expand our portfolio in this area,” said Danny Bar-Zohar, MD, Head of Global Development for the biopharma business of Merck.

Cladribine is a well characterized molecule that has been extensively studied across MS and oncologic disorders and has shown promising results in exploratory studies in gMG and NMOSD. Merck plans to leverage its existing capabilities to further develop an oral cladribine product tailored specifically for these indications. The transaction is expected to be closed in early 2022 after satisfactory completion of customary closing conditions.

Generalized myasthenia gravis is a disease in which patients experience weakness in ocular, limb, and respiratory muscles and that has a significant impact on Quality of Life. It is estimated that 700,000 people around the world are living with gMG. NMOSD, also known as Devic´s disease, is an autoimmune disease, often misdiagnosed as MS due to similar symptoms. NMOSD is estimated to impact 200,000 people around the world.

Merck in Neurology and Immunology
Merck has a long-standing legacy in neurology and immunology, with significant R&D and commercial experience in multiple sclerosis (MS). The company`s current MS portfolio includes two products for the treatment of relapsing MS - Rebif® (interferon beta-1a) and MAVENCLAD® (cladribine tablets). Merck aims to improve the lives of patients by addressing areas of unmet medical needs. In addition to Merck`s commitment to MS, the company also has a pipeline focusing on discovering new therapies that have the potential in other neuroinflammatory and immune-mediated diseases, including systemic lupus erythematosus (SLE).

All Merck Press Releases are distributed by e-mail at the same time they become available on the Merck Website. Please go to www.merckgroup.com/subscribe to register online, change your selection or discontinue this service.

About Merck
Merck, a leading science and technology company, operates across healthcare, life science and electronics. Around 58,000 employees work to make a positive difference to millions of people’s lives every day by creating more joyful and sustainable ways to live. From advancing gene editing technologies and discovering unique ways to treat the most challenging diseases to enabling the intelligence of devices - the company is everywhere. In 2020, Merck generated sales of € 17.5 billion in 66 countries.

Scientific exploration and responsible entrepreneurship have been key to Merck’s technological and scientific advances. This is how Merck has thrived since its founding in 1668. The founding family remains the majority owner of the publicly listed company. Merck holds the global rights to the Merck name and brand. The only exceptions are the United States and Canada, where the business sectors of Merck operate as EMD Serono in healthcare, MilliporeSigma in life science, and EMD Electronics. 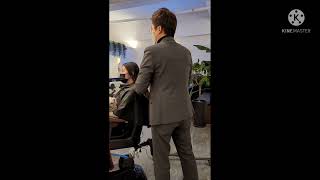 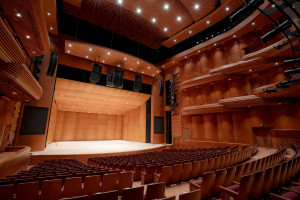